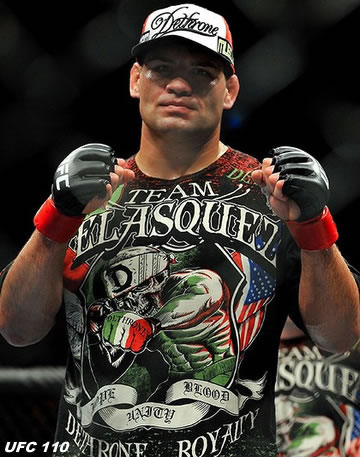 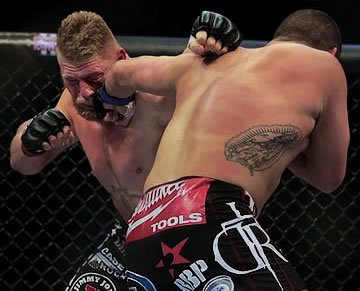 continued from Page One

arrogant nor overy disrespectful of their opponents, it appears that the newest champion's natural temperment is such that he'll have no problem respresenting the Mexican-American community well.

While the prize fighting community is most certainly relieved to see a new world champion who can display both grace and humility inside and outside of the ring, none are more relieved than the Mexican-American community itself. Already, only three days after his victory the champ made his first appearance on George Lopez's late night television show Lopez Tonight (see clip) and Xcano Films of Los Angeles is offering him a cameo appearance in their upcoming Hollywood feature film entitled, Thee Originals.

Winning the belt was an incredible accomplishment for Cain Velasquez. So too, as the very first Mexican-American heavyweight champion of the world, he could not have done it with a more spectacular performance showing such incredible ability, strength, and fortitude with class. With all of the accolades and attention being quickly received as a result of his championship and demeanor in gaining the belt, it's easy to see that this is a gentleman who is likely to keep growing in huge stature. Likewise, as the champ has shown a tremendous pride in our gente y cultura, it is likely to be reciprocated with a great amor de la comunidad for many years to come.

About the tattoos, he said, "A lot of people ask me about my tattoos.. The tattoo that I have on my chest means brown pride or Latino pride.. I'm very proud of being a Latino.. I also have the Virgin of Guadalupe on my side.. My mom used to say that the Virgin Mary will protect you.. I think about that when I'm fighting.. All I want is for my family to have a good life, and that's all." 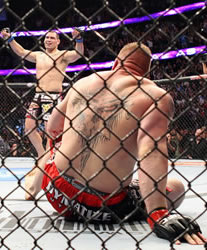